Fairhaven H&V services have been supplying ventilation equipment to the construction and industrial sectors in Northern Ireland since 1990. We are distributors and agents for some of the leading manufacturers in the mechanical and natural ventilation market, and our comprehensive range of products means we can provide solutions to practially any ventilation requirement.
(028) 92 611648
sales@fairhavenltd.co.uk

Airius are manufacturers of the most effective destratification fan on the market.  Now they have conducted a series of tests to demonstrate the back to back performance of the airius units against the most popular competitors.

The tests use smoke to reveal how far the airstream from the fans moves, and what the general air circulation pattern is in the space.  The test videos highlight how some de-stratification fans can fail to achieve their intended function; i.e moving warm air at high level down to floor level to equalise the temperature in a room or building.

Despite claims, some destratification fans don’t deliver the performance quoted in their data sheets. See in this video how a Zoo Fan, claiming to service ceiling heights up to 28 metres, doesn’t even achieve destratification at a mere 17 metres!

In the below test the Airius fan is compared with a traditional blade type ceiling sweep fan, and the difference in performance is even more apparent.  The ceiling sweep fan doesn’t generate enough vertical downward momemtum to propel the warm air down to floor level, mainly  due to the turbulence and radial motion of the air.

All models in the Standard Series range feature a standalone destratification fan (axial turbine) powered by highly energy efficient EBM Papst motors.  The units are typically suspended just below ceiling height in the building. This series is suitable for buildings with a ceiling height of 2.5 m

The Airius method of thermal destratification, which is still relatively new to the UK, is more cost effective than the alternative traditional oversized ceiling fans or re-engineering the existing HVAC system. It is extremely energy efficient, reducing heating costs by up to 40%, thus helping you save on your energy bills. In addition to being more effective than other destratification products at equalising temperatures, AIRIUS fans are:

For more information on airius systems, visit our airius product page or contact us.

Fairhaven H&V Services are a stockist and distributor of a comprehensive range of ventilation and air movement products, supplying to the construction and industrial trade sectors. 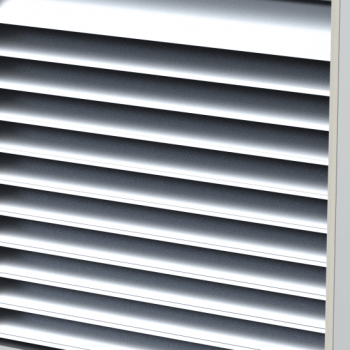